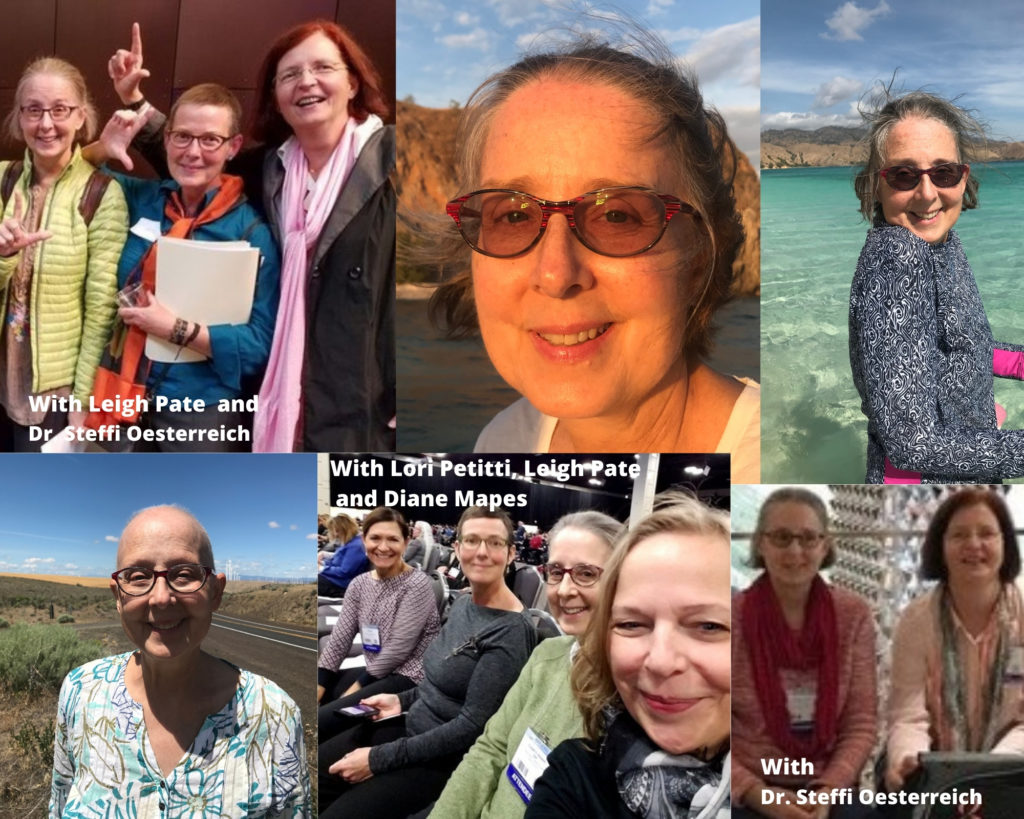 Elizabeth Viggiano of Portland, Oregon, was a loving mom, a gifted nurse-educator, and fierce advocate for people with metastatic lobular breast cancer. A founding member of the Lobular Breast Cancer Alliance (LBCA) and member of the Metastatic Breast Cancer Alliance (MBC Alliance), she effectively highlighted clinical trial barriers patients with metastatic invasive lobular carcinoma (ILC) face because of Response Evaluation Criteria in Solid Tumors (RECIST) criteria and lack of ILC-specific trials. She lobbied for ILC-specific trials, educated others about ILC and how it was different, and lent compassionate and generous support for patients with ILC in all stages of their care. We lost Elizabeth to metastatic breast cancer on August 30, 2021.

Elizabeth came to the first International Lobular Breast Cancer Symposium in Pittsburgh in September 2016. She was among the advocates who convened after the conference and worked together to draft the white paper that eventually led to the formation of LBCA. She then joined LBCA’s volunteer patient steering committee.

Fellow LBCA Founding Advocate and Lead Research Advocate and Publications Curator Julia Katherine Levine remembered, “I first met Elizabeth on one of LBCA’s first steering committee phone calls in April 2017. This was after we had all attended the initial ILC symposium in 2016 and both expressed interest in being on a lobular ‘task force.’ We also both expressed interest in being metastatic advocates and in making sure that metastatic ILC was included in all of our materials and actions moving forward. We also talked on the phone on a personal level about the treatments we were both on. She had experience with every treatment along the way that I was going to be starting and was extremely helpful to me for suggestions, side effects, etc.”

Elizabeth was an advocate at the San Antonio Breast Cancer Symposium (SABCS) in 2017 where LBCA was launched. This founding group presented a poster at SABCS. Elizabeth was one of the co-authors. At SABCS 2018, Julia was able to meet Elizabeth in person. Julia commented, “We shared a room. When you share a room with someone you really get to know them well. I learned about her life in Portland with her daughter, Carson, and that she rode horses. She showed me the ropes at SABCS and got up early every day to see all the posters that she could, whereas I could barely drag myself out of bed. She was relentless in talking to scientists about the need for more clinical trials for ILC patients.”

LBCA Founder Leigh Pate has similar memories of Elizabeth at SABCS. “Elizabeth was relentless in approaching the pharmaceutical companies and advocating to have lobular-specific metastatic trials be brought to the US, and to have the trials include ILC. She also wanted the metastatic ILC drugs being tested outside of the US made available to US patients for compassionate use.”

Elizabeth was the first advocate to drive the message about RECIST measurable disease and its likely role in limiting the participation of those with metastatic ILC in clinical trials. She succeeded in capturing the attention of the metastatic breast cancer community and researchers about this problem. This leadership has led to several published papers validating the fact that people with metastatic ILC are underrepresented in research.

Elizabeth served as LBCA’s representative to the MBC Alliance, and in that role led the integration of ILC into the organization’s activities and effectively educated other alliance members and advocates on metastatic ILC.

One of Elizabeth’s greatest assets was that she was a gifted communicator who could explain complex science in a way that was both understandable and effective to many audiences. She shared her knowledge generously with everyone from newly diagnosed, scared patients in Facebook groups, to individuals with ILC who reached out to her directly.

Julia remembers, “Elizabeth was a helpful source for many, many patients on the ILC and metastatic Facebook pages, sending people articles and giving advice. She was a trooper, always searching and traveling for clinical trials in hopes of finding a treatment that would prolong her life. She worked the whole time I knew her even through all the traveling and harsh treatments. Her last wish was to see her daughter graduate from high school, and I am so grateful she was able to do that before she passed away. She will be greatly missed by myself and so many others.”