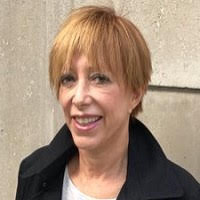 in Detecting Tumors Including Lobular in Dense Breasts

Maxine Jochelson, MD, is the Director of Imaging at the Evelyn Lauder Breast and Imaging Center at Memorial Sloan Kettering Cancer Center where she is also an Attending Radiologist and a Clinical Professor of Radiology at Cornell Weill Medical School.

tly shared information on a potential new tool for detecting cancer tumors in dense breasts, including ILC, which will be evaluated through an  upcoming large-scale trial. She provides the following summary of her recent presentation on Contrast Enhanced Mammography (CEM) at the 22nd Annual Lynn Sage virtual Breast Cancer Symposium on September 11:

“Mammography is still the only breast imaging exam that has been documented to reduce death from breast cancer. It is a fantastic tool, as it is widely available to large populations of women and relatively inexpensive as imaging exams go. But mammography is limited in its utility, as it is not as good at detecting cancers in women with dense breasts—with estimations that it can miss half of the cancers in that population. Over the years, mammography has been improved and newer techniques have been developed. Probably the best known of those techniques is Digital Breast Tomosynthesis, or what is referred to as 3D mammography. This has essentially replaced routine 2-view mammography in most of the United States. Although 3D mammography does detect a small number of additional cancers, it remains limited, particularly in women with extremely dense breasts. A more recent development is Contrast Enhanced Mammography, which is what I would like to introduce you to today.

Contrast Enhanced Breast MRI is known to be the most sensitive test for detecting breast cancer. It does so because we give women dye (contrast) that enables us to image the new blood vessels that form around cancers—even sometimes before the tumor itself can be seen.  MRI detects approximately twice as many cancers as mammography. Unfortunately, MRI is very expensive and not easily available to all women.  As a result, a group of investigators developed the technique of Contrast Enhanced Mammography (CEM), which uses the same principle of enhancing tumor vessels to find those cancers that are hard to detect.  This technology is used on a digital mammography machine that has hardware and software that allow the contrast-enhancing lesions to be seen while also providing a regular mammogram. The CEM exam is significantly less expensive than MRI, takes only a few minutes longer than a regular mammogram once the dye is given, and some small studies have indicated it may approach the ability of MRI to find cancer, particularly in women with dense breasts.

I realize that I am using dense breasts as the problem, while you are thinking about Invasive Lobular Cancers (ILC), but the theory behind using dye to find cancers hidden by dense breast tissue is exactly what is needed to find ILC.  As many of you are aware, ILC is hard to find because it often does not form a mass— rather it grows in a linear fashion, which is hard to see, particularly with dense breasts. Using contrast enables us to see that linear malignancy. The term coined for MRI but also used for CEM is “Non-Mass Enhancement.” That capability is why CEM is a very promising tool to find those hard-to-find cancers.

The potential for this promising tool to be able to detect ILC, the fact that CEM has been FDA approved since 2011, and that it is apparently fairly easy to upgrade a digital mammography machine to enable it are reasons why we are looking forward to the results of a large trial called the Contrast-Enhanced Mammography Imaging Screening (CMIST) that will evaluate its efficacy.”

While there are no concrete takeaways for patients today, the future CMIST trial will study CEM’s ability to improve early breast cancer detection including detection of ILC while reducing false positive exams in women with dense breasts. There is no set date for the launch of the CMIST by the American College of Radiology Center for Research and Innovation, which had been schedule to launch in the spring of 2020 and was likely postponed by COVID19. It is anticipated that the trial will take place at 10-12 sites across the U.S. and enroll approximately 2,500 women with dense breasts between the ages of 40-75, and will assess the efficacy of CEM’s detection rates as compared to the combination of 3-D digital mammography and whole breast ultrasound.